HONEYS PARK
DRY DUSTY BUMPY RARELY LEVEL FIELD
FREE CAMPGROUND
DOG MEMORIAL
Honeys is just a dogs hospitality at her home (an old crumby bus in the desert) not a commercial RV park. Ruby the current hostess lets a man (Scar) live with her but it's her world.  For more go elsewhere, especially if you can't handle the camp dog and others getting free roam.  It is literally a dog park, bought for and named for a dog, that lets you camp there too.
K O A is next door and is a fine actual RV park and unlike Honeys they have water, sewer etc.
Honeys is dry, in the desert, no water on site, but alcohol is allowed.
Honeys is a bit more exclusive and private in a barren post apocalyptic junkyard sort of way, my derelict looking buses and all.  Not for everyone, especially picky wives.  If you need people camped right next to you, be good little sheep and go to an RV Park. ;)

Oh, and if you're only 'considering' staying at Honeys, remove us from your list.  Honeys is exclusive to people that actually appreciate an ornery old  garrulous curmudgeon and her Guy in the desert.  Nobody puts baby in the corner, nobody.
Better Option
ONLY RULE: DON'T BE A DICK

But for those who need clarification...
SERIOUSLY SLOW DOWN
< 5 MPH POSTED AND STOP FOR SIGN
Don't make me the grumpy ass before we even say Hi.  If you run the stop sign or don't check in, don't be surprised by the angry dude who kicks you out.

CAMP DOG HAS FOOD ALLERGY
DO NOT GIVE TREATS OR FOOD, OR LEAVE GARBAGE OUT, DON'T THROW WASTE WATER ON GROUND
NOTHING: Not even crumbs, not even a little bit, NOTHING
DON'T DUMP YOUR DAMN RV TANKS ON MY CAMP
NO GARBAGE BAGS OUTSIDE
Total dick move to risk poisoning someones best friend or running them over....

PARK FEATURES
GATED DRIVE
Stops the jackasses who speed in and turn around but have no intention of staying.
YOU'RE WELCOME TO OPEN THE GATE IF YOU TEXT/CHECK IN AND FOLLOW RULES
County Owned Dump station
500 feet from Honeys.  Free fresh water, garbage, sewer.
UNLIMITED TENT/BOONDOCKER SPOTS
Especially if you don't mind penguins, just don't feed them.
NO RESTROOMS
You have to be self contained or willing to run into town to stay here.
I don't care about # 1, but NO POOPING IN THE FIELD (NO BURYING EITHER).
There is a foot trail at the back of Honeys to the truck stop nearby.
Dust
Dry means no water.  For you or for me, all water must be hauled in.
RV Electricity
Please block outlets you don't want or can't use that way it saves me on others electricity.
That'll teach those guys,
Wifi
and charging stations for smaller electronics.
Rubys' dog house
available for kids, bicyclists and husbands who've misbehaved...
Stay Limit:
One night, or a few days in general, meant to be temporary.
Best to check reservations.
Camp for people who don't really like dogs, or think mine should be leashed while at her own home is next door at KOA.
Sarcasm
not only available, but will be included regardless.
I do what I can for the world and I'm trying to help even more in 2021.
Deliveries
Put em c/o Scar Stigr and just tell me ahead of time.
Every third package must be a stripper or candy gram.  I prefer girls named Summer.
Call
if you need to, but just showing up is fine.  Especially if you're an in shape female with abysmally low standards, a promiscuous nature and capable of making horribly poor decisions, and willing to accept the name Sweetie.
Library
Take one / Leave one at your leisure.
Aluminum Recycling
collected for donation to local food bank.
Memorial Grove
Plant a tree and place a plaque, at Honeys in remembrance of your pet.
For a new puppy, an old dog, or a fallen friend.
United States National Anthem
played at sunset every evening.  I don't do taps because the flag stays up at night.
And when I was a kid, they played the anthem at bed time when the stations went off the air.
Reveille and Pledge of Allegiance
9 a.m. warmer months.
Off Leash Dog Area
It's the whole park, in fact if you don't like dogs you shouldn't come.
Also clean up your dogs poop.
No aggressive animals.
Off Leash Kids Area
It's again the whole park, but if they are unattended I will give them hi-ball energy drinks amazon sent me in error.
No aggressive kids either.
Frustration
In the website and in real life for how people can't be polite and decent.
And leave a damned review somewhere.  Google for Honeys and Amazon for the book would be the most appreciated.  I may let you meet Stanley if you do
The Dog Pound
(Communal Area with Hostels, fire etc.)
Communal Hang Out / Campfire
Come have a drink, or just be social and making the world better for us having lived in it.
You don't have to be a Honeys Guest to come but if no one is hanging out around Anthem time, I go to bed.
You also don't have to drink, I need adult supervision sometimes too.
Ruby Dooby Guest Bus:
A big skoolie with 3 beds for single night use by cool people who'd rather not tent.
Doubles as the hang out spot on shitty nights, having a table and a bunch of comfy seats in it.
Stiggles Van
It was Stiggles favorite hangout when he was alive
Has a bed in it, and only the coolest people can sleep inside.
Patches Guest Bus Hostel
3 Beds and a heated shower (warmer months) for non-RV campers to use.
Poor Redneck Camp Kitchen
Microwave, toaster oven and grill available it you need it.
Wund Bus  {VOON-d)
It's the hosts bus, and only naked women are allowed to enter besides him.
TO FIND HONEYS
There is a small 'Honeys' street sign on the end of my driveway,
which is a dirt road right next to the fence of the LDS church (strip club) on the same road as the KOA,
about 100 yards north.  Ignore your gps and drive to Arco before coming down road, or it'll send you down a shitty pointless backroad.
From Pickles watch for the church on the left, then the driveway is literally next to its fence on the south side.
Don't trust your gps, some brands send you out of town.
Google GPS 43.628660, -113.296230
MEMORIAL GROVE ABOUT HONEYS PARK
For Patches, Honey, Scar(Wunder Hunden), Stiggles,T Wigglesworth and Ruby Dooby.
The park is named in honor of Honey (2007-2012), my daughters yellow lab who has passed
After she went to college,  I had been taking care of my daughters dog, probably the most beautiful yellow lab anyone had ever seen, I used to get requests to breed her quite often.  I had been down on my luck basically homeless from a stroke due to an old army injury  and when I'd walk her at the public park in the town we were in I'd tell her someday she would have her own park.
We bought this land in March of 2012.  Immediately named it Honeys Park, as it was for her.
She suffered an aneurysm and died just out of the blue one afternoon May 2012, at the young age of 5.
So here it is, and in her honor.  Thus the land is named 'Honeys Park', and since I'm a poor guy who tries to be decent, just about any traveler may stay with me for a night.   I've also tried to help people as much as I can during my life, even though everything fell apart on me after a major stroke due to an old army related injury in which I broke 11 vertebra including all 7 in my neck.  I recovered post accident, went on and owned some businesses etc but eventually suffered a major VBI stroke from the neck. I still suffer issues and mini strokes so if I seem off, can't remember names etc just go easy that day.  I still have ongoing medical issues, and don't do well with stress anymore.
I get asked why Arco a lot: 1) I used to hike the back country of Idaho and come thru here a lot 2) cheap land 3) town is in decline (I didn't want new neighbors) 4) access to groceries 5) gas stations/lumber yards/dump stations  6) same state as now deceased parents, but not too close.  All of that criteria using google, wikipedia and landwatch.  Arco suited me well, and while I tease about town a lot I can't imagine finding a better fit for me as home base anyways.
So please help me and the world by choosing to either be nice, say hello and be a decent person when you come, or don't come to my home in the first place.  I'd honestly rather have no guests ever than be treated badly, so it's really up to you.
I'm also not a beer drinker, so don't worry about bringing me any.  I do mixed drinks most nights, and gladly offer you to share some from my beer fridge, just don't be a douche.
If you want to know more about me, read the rant section. 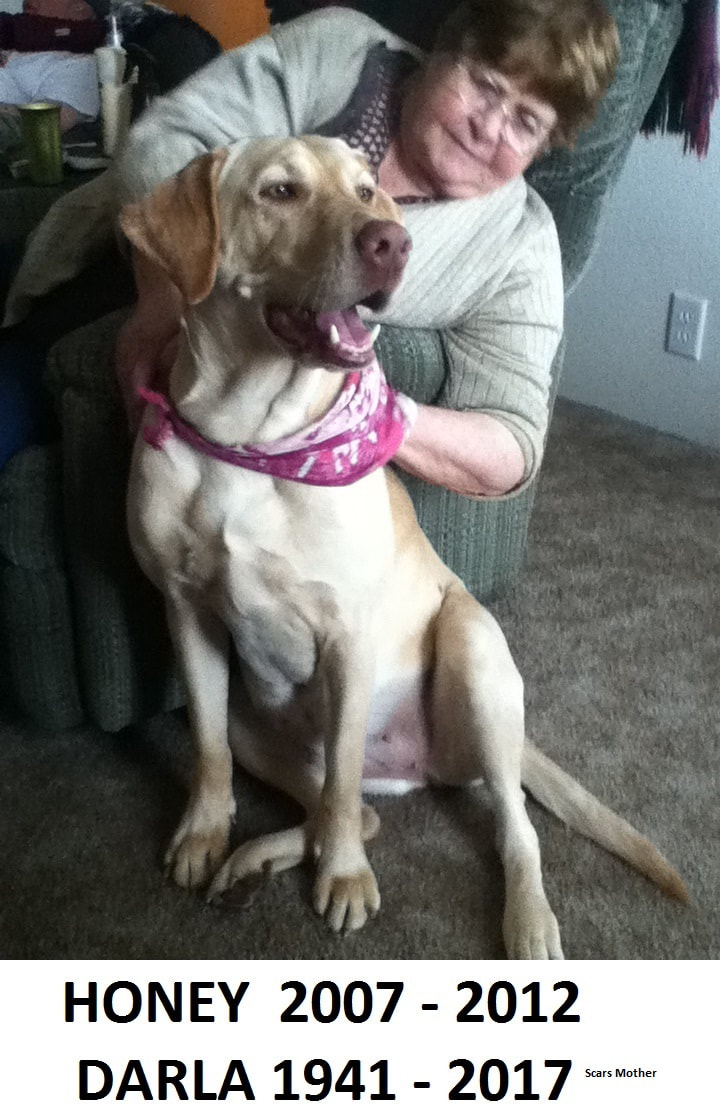 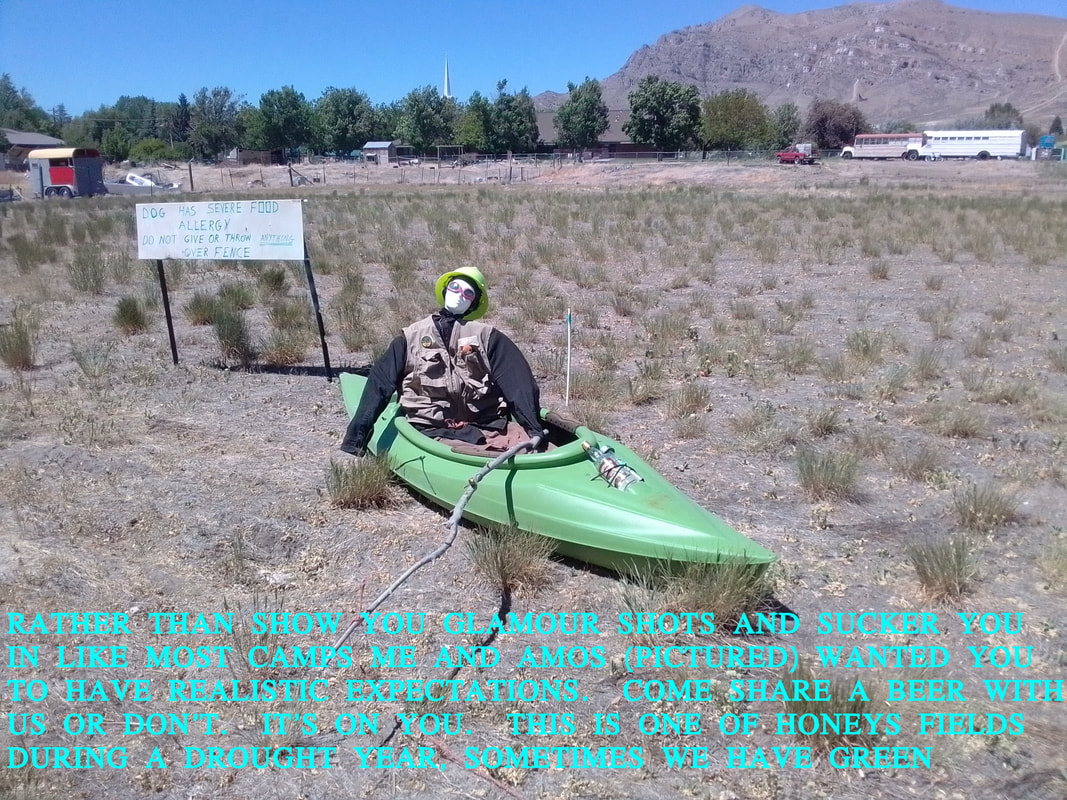